Review of Project In Tandem in the Chutzpah! Festival 2021
16401
post-template-default,single,single-post,postid-16401,single-format-standard,bridge-core-1.0.6,ajax_fade,page_not_loaded,,paspartu_enabled,paspartu_on_top_fixed,paspartu_on_bottom_fixed,qode-child-theme-ver-1.0.0,qode-theme-ver-18.2,qode-theme-bridge,wpb-js-composer js-comp-ver-6.6.0,vc_responsive

Review of Project In Tandem in the Chutzpah! Festival 2021 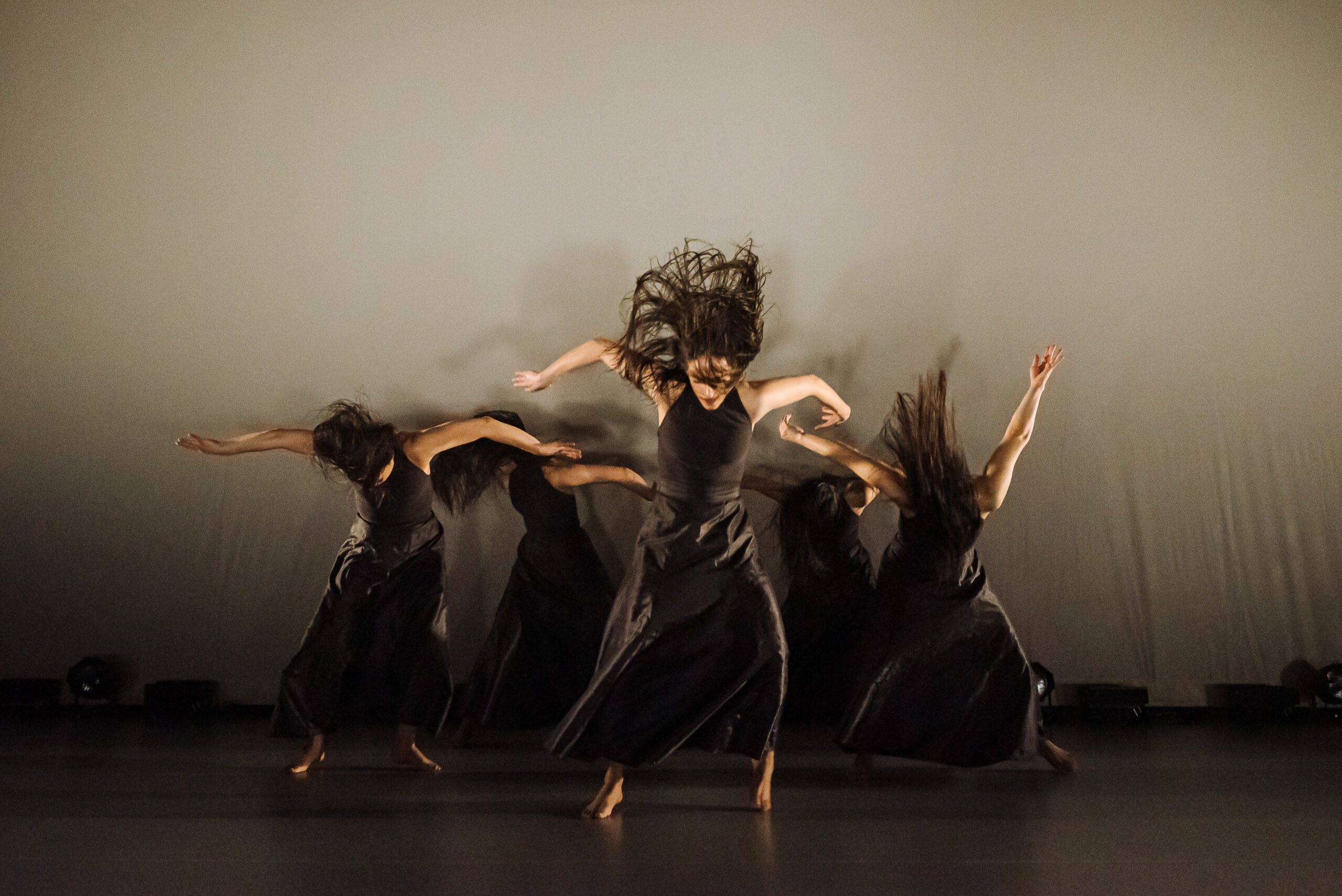 18 Nov Review of Project In Tandem in the Chutzpah! Festival 2021

Posted at 01:15h in news by Siobhan Cooney
Share

Review of Project In Tandem in the Chutzpah! Festival 2021

Project InTandem is a double-bill featuring the dance works of Sylvie Moquin and Meghann Michalsky. While both are abstract, aesthetically-driven concert dance works, Moquin organizes her choreography in a deeply thoughtful and logical manner and Michalsky relishes in the crafting of pure energy.

Moquin’s piece, moving through, it all amounts to something, begins with a striking silhouette, three dancers inverted in handstands, feet pressed asymmetrically against backlit plexiglass. With the control of a brain surgeon, the dancers peel off slowly one-by-one until they move behind the plexiglass, their shadows poised, ready to haunt. The piece progresses deliberately and features a common choreographic motif: the use of accelerating repetition, culminating with a diversification of movement vocabulary which then leads the spectator into a new movement idea.

If I could only use one word to describe Deep END, Michalsky’s piece, it would be “unleashed.” Michalsky fearlessly asks her dancers to surrender to the dark, hypnotic aura that subsumes the stage. Like an expert glassblower, Michalsky crafts ornate kinetic sculptures from raw, molten materials. Energy and vivaciousness spew from the five dancers’ bodies, especially in the heavily rhythmic sections set to rock music. Every so often, the dancers retreat into a defensive embrace, providing an evocative counterpoint to the physical intensity that characterizes the work.

This review is based on the digital presentation of Project InTandem recorded on Nov 6-7, 2021 in the Norman and Annette Rothstein Theatre on the traditional territory of the Coast Salish peoples (also known as Vancouver) as part of the Chutzpah! Festival. For more information about Project inTandem, please email intandemcommunication@gmail.com. 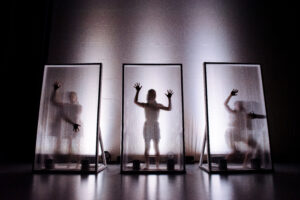